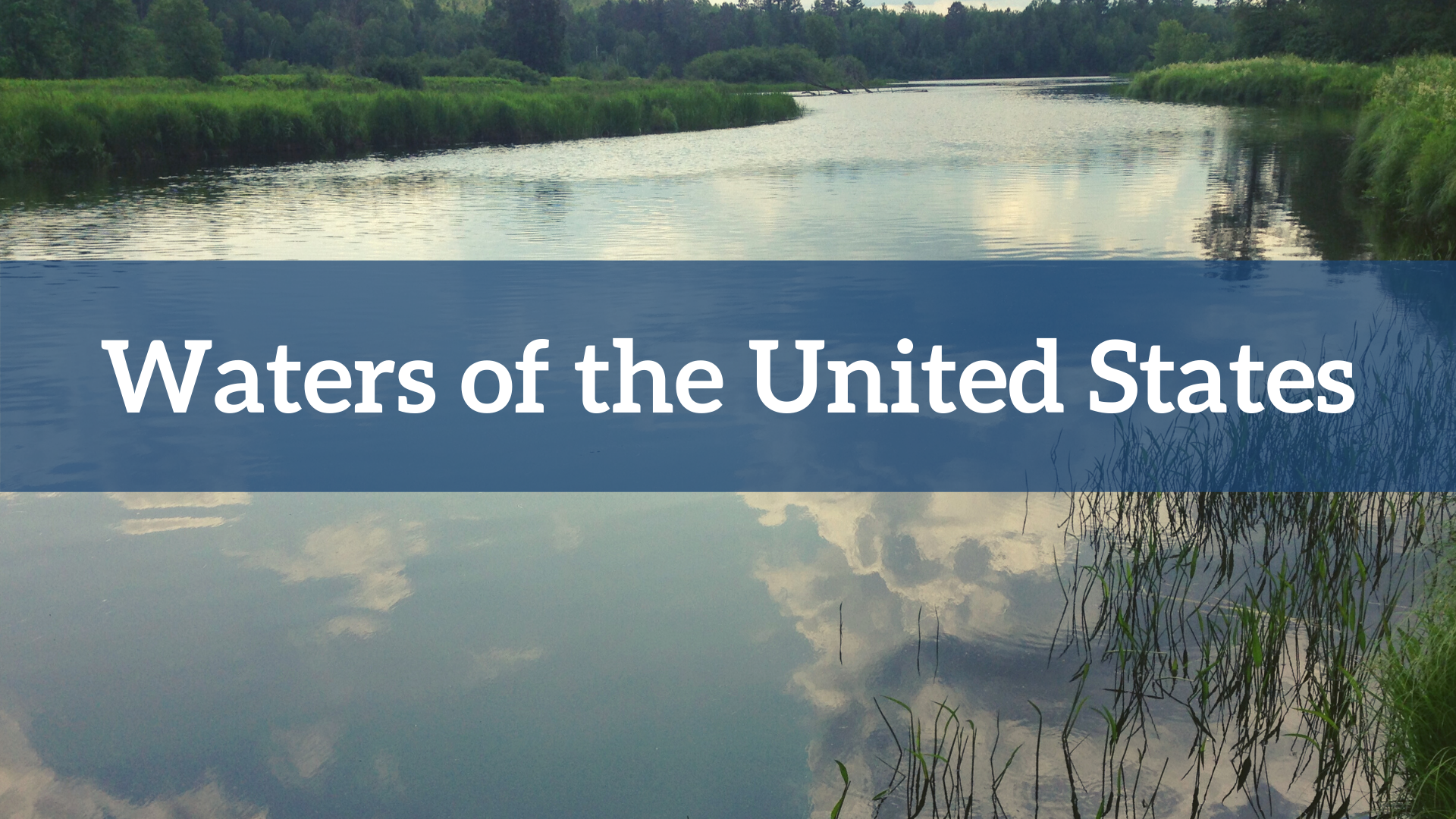 There were significant developments at the federal level the week of April 20th regarding the Clean Water Act. The Trump administration published its Waters of the United States (WOTUS) rule in the federal register, which means it will go into effect on June 22nd. Additionally, the United States Supreme Court decided a case interpreting when a permit is required under the Clean Water Act. Here’s a brief update.

Waters of the United States Rule: What is it?

The Trump Administration rule, which goes into effect on June 22nd, 2020 would dramatically reduce the number of waters included in the definition and hence protected by the Clean Act Water.

In Wisconsin this could mean that as many as 66% of our wetlands and 58% of our streams could lose federal protection.

When the rule goes into effect in June, it will be challenged in court by both environmental and business organizations. We will be sure to share updates.

What is the potential impact?

In Wisconsin, the impact of this change is unclear. Wisconsin’s state laws may still protect the waters and wetlands that lose federal protection, but there are other ways this could affect the state and our waters.

Wisconsin could lose important federal funding that supports the protection of our waters.

In addition, wetlands provide important habitat for migrating birds. The states around Wisconsin do not have the same laws that we do. There could be significant loss of protection. If this leads to destruction of habitat, it could reduce the population of birds that reach Wisconsin.

Maui Ruling Interpreting the Clean Water Act: What does it mean?

On April 23rd, the United States Supreme Court issued a positive decision interpreting the Clean Water Act in  County of Maui, Hawaii v. Hawaii Wildlife Fund, et al. This case revolves around the practice of the Maui sewage plant partially treating waste and then injecting it into groundwater. The partially-treated waste quickly migrates to the ocean and causes nutrient pollution issues.

What is the impact of this ruling?

In our opinion, this is the correct outcome. Frankly, it should not have been controversial, but the shifts in the United States Supreme Court in recent years did raise concerns about how this ruling would come out.

This decision should prevent any dischargers from trying to evade the Clean Water Act.

Learn more in this article, and here (PDF).