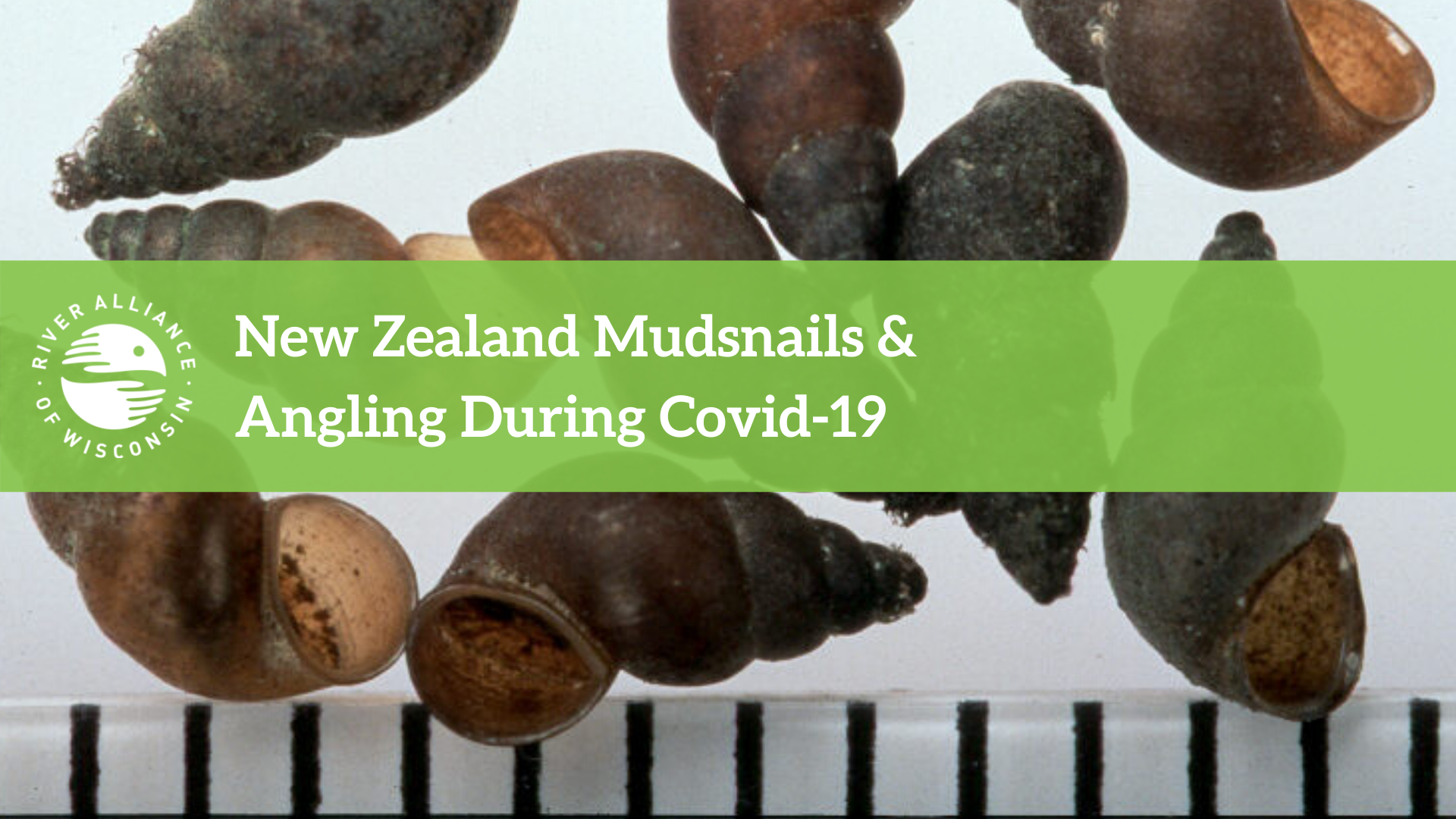 There are some big lessons novel coronavirus has taught us over the past two months:

Luckily for all of us who prefer to recreate in and on water, outdoor activity is considered essential under the Safer at Home order.

But unluckily for our streams and rivers, there’s a worrisome link connecting this virus to the health of Wisconsin’s waters. To connect the dots between two disparate things, added recreational pressure—fueled by the mental and physical benefits of spending time in nature—may inadvertently hurt the rivers and streams we all love by leading to the spread of an invasive species.

Case in point: New Zealand mudsnail (NZMS for short). The alarm bells were raised a few years ago when this particular invasive species was first discovered on the outskirts of the Driftless Area near Madison, and there were (and continue to be) plenty of reasons to worry:

During the past several weeks, there has been a noticeable uptick in the number of visitors to many of Wisconsin’s trout creeks, notably Black Earth Creek (one of the few places in Wisconsin known to contain this troublesome invasive).

Hypothetically, if you fished Black Earth Creek (or one of the six other streams known to harbor these snails) and a NZMS attached itself to the bottom of your boot without you realizing it, you could unknowingly transport a snail (that could potentially start a new population) if you fished in a different mudsnail-less stream the next day (or even three weeks later).

It would be devastating if increased fishing activity in response to COVID-19 gave these snails the chance to spread further into the Driftless.

Lastly, we are a community. As we each do what we can to keep the more vulnerable members of our society safe during this unprecedented time, let’s do the same for our voiceless and vulnerable rivers and streams that rely on us to protect them.

← River Rats in the Kitchen! How Can We Support Farmers & Clean Water During COVID-19? →